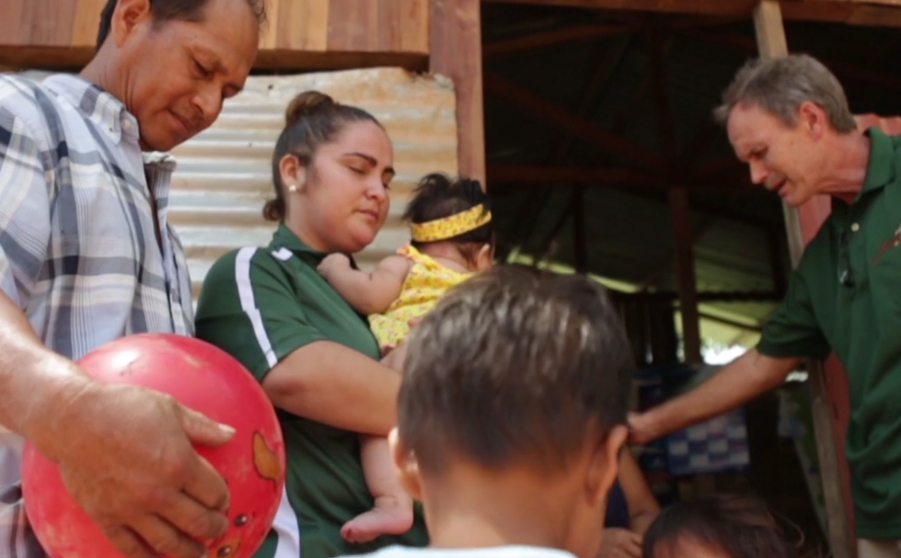 THE SCALPEL AT THE CROSS STORY

See how our mission is changing people’s lives. Watch Carlos’ story; we are healing bodies and healing souls.

THE SCALPEL AT THECROSS STORY

See how our mission is changing people’s lives. Watch Carlos’ story; we are healing bodies and healing souls.

SCALPEL AT THE CROSS STARTED IN 2004 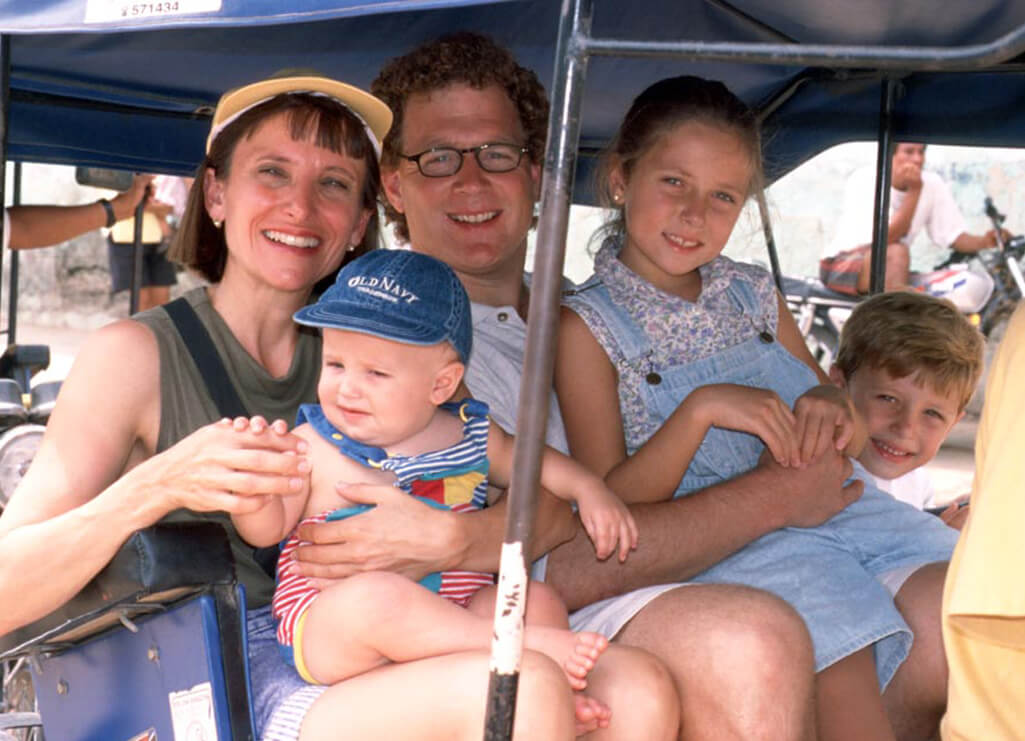 A medical mission conceived in 1998

Scalpel At The Cross was officially born in 2004. It was the realization of a dream first conceived in 1988 when a young couple, Peter and Nancy Cole, were living in Miami, Florida. At that time, Nancy ran a family counseling practice merging strategies in Nouthetic Christian counseling with clinical psychology. Peter was studying at the University of Miami School of Medicine to be a medical doctor with the goal of some day specializing in orthopaedic surgery.

Peter and Nancy got to know and treat many patients from South America. Living in Miami, the Coles were immersed in the Latin American customs of America’s most throttling melting pot. This experience, combined with Peter’s four years in Caracas, Venezuela, as a child, nurtured a love for Latinos. It was deepened by a cultural comfort which undoubtedly prepared them for what the Lord had in store.

By providence, God landed a young missionary couple from Peru by the names of Craig and Heather Gahagen, into an adjacent apartment and almost immediately, a special bond and lifelong friendship was born! The Gahagens were in the neighborhood for a mere three months while they were on furlough raising funds to support their Peruvian mission, God used these brief weeks to stoke the fire of two young and idealistic men who had no idea what was burning. They dreamed of one day merging their occupations in the Peruvian Amazon, Craig as a bush pilot and Peter as a doctor, in a way which would honor Christ. They wanted to take contemporary medical care to those with great need but limited access in jungle tribes and villages. Just a week after medical school graduation in 1990, Nancy and Peter took the Gahagens up on their offer to visit and learn of the possibilities in Peru.

The first journey to the Peruvian interior was characterized by saucer-eyed fascination and wild-minded imagination. The couples ran primary care medical clinics for three different Indian villages along Amazon tributaries. The invigoration of adventure captivated Peter and a sense of challenge captured Nancy. A God given realization of overseas purpose was conjointly discovered.

The Coles wondered when, how, and which way all the restless ideas and desires could morph into a realistic plan, let alone a well-organized ministry. One thing seemed quite clear at the time; nothing would happen all too soon given Peter’s plan for a surgical residency. In fact, the next eight years would be spent in medical training in Providence, Rhode Island, (Brown University-Rhode Island Hospital) and Seattle, Washington, (University of Washington-Harborview Medical Center). During that period of time little occurred with the nascent dream, other than the exercise of patience for His perfect timing.

Now with a six year-old daughter, Danielle Christine, and a four year old son, Peter Jr., in 1998 Dr. and Mrs. Cole moved to Jackson, Mississippi. Peter joined the faculty at the University of Mississippi Medical Center where he planned to launch a career in academic medicine. Having been profoundly affected by his own mentors in medicine, Peter felt that academics would provide a natural platform for leadership and influence in the lives of colleagues and young medical trainees, as well as patients. Specializing in the treatment of multiply injured patients and complex fractures, Dr. Cole rapidly accumulated a multitude of patients. Many had profound pathology, providing an early orthopaedic experience which would prove to be invaluable and opportune in his professional and missionary development. Soon educational opportunities sprung up miraculously throughout South America, including three consecutive annual conferences in Lima, Peru. Peter was invited to lecture on the treatment of different types of broken bones.

Each time, the trips were extended a week to visit the Gahagens in “La Selva,” the lush Amazon basin east of the Andes, mostly unknown even to the majority of Peruvian natives. During these trips, a growing network of close relationships was spreading, and the embers of a smoldering dream suddenly began to rekindle flames with circumstances and contacts only explicable in divine terms. The Coles took advantage of these trips as family adventures, with wee baby Channing making his first jungle foray at the age of six months. Each time they would crash the cabin of the gracious Gahagen family, whose welcome spirit always moved the Coles closer and closer to a long-term commitment.

Craig and Heather and their two lovely daughters, Whitney and Kara, lived in an aviation compound with five other families, approximately 15 paved and potholed miles, and another 5 dirt road miles from the center of sprawling Pucallpa. The property and infrastructure of the compound belonged to South American Mission, the aviation part of the program which was founded by Craig’s father, Donald Gahagen, in 1966. Pucallpa was literally at the end of the road for this country of 28 million people. Beyond Pucallpa is nothing but hidden tribes, some yet undiscovered, nestled along a vast network of rivers, which rise thirty to sixty feet in the rainy season (nearly 1/6 of the Amazon Basin is covered during the high water season). This was some of the most hostile and magnificent terrain of God’s creation.

Peter arrives at Pucallpa in 2001

On one of those jaunts to Pucallpa in 2001, Peter meandered into the fledgling Hospital de Pucallpa in the middle of this town of about 300,000 inhabitants. Within minutes he befriended several surgeons including two orthopaedic surgeons, and the Jefe de Cirujía, Dr. Ernesto Renjifo. Peter spent a few days joining them on rounds, teaching surgery, and giving lectures in a room packed with doctors, surgeons, and health assistants, as well as curious nurses and secretaries. Peter has nurtured this wonderful relationship ever since. Early on, he took trips for surgery and clinics—each  time taking medical gifts of implants, books, journals, and mostly the love of Christ in his own heart.

There was oh, so much to accomplish in that rundown open-air hospital, crowded with wailing patients, rickety wire frame beds, expiring medications and recycled foley tubes. Survival prevails, and a modicum of cure, through the industrious and tidily uniformed workers who show up daily at the crack of God’s dawn, earning a fraction of a living, serving hope to desperation, day in and day out.

Scalpel At The Cross is born

In 2003, the opportunity for the Coles to buy a plot of rainforest availed itself. It was just adjacent to the SAM aviation compound at the end of a long, winding, dusty, dirt road, and wrapped around a beautiful lagoon. Peter and Nancy snapped it up! Recognizing the possible fruition of a seventeen year dream, they acted upon God’s masterful circumstances and immediately went to work on the construction of local headquarters. By Christmas of 2004, the 2,600 square foot Scalpel At The Cross Guest Lodge was complete. In June, 2005, Peter, daughter Danielle, and a team of six key servants who Nancy and Peter identified as important ministry resources, traveled to Pucallpa. This was the first official medical team trip to treat injured patients at Hospital de Pucallpa, and the inaugural move into the Scalpel Guest Lodge. The entire occasion was truly momentous and filled with the Lord’s confirmation.

Ever since its inception, Peter and Nancy have been on the edge of their seats with anticipation of what God has in store for Scalpel. Thankfully, they were not alone on their venture. Since returning from the initial team trip with a small posse of volunteers, the Lord has added to their number by riveting others to the vision. A Scalpel At The Cross Board of Directors was established in 2005. As of 2020 it currently consists of 10 members who bring a plethora of talents to the table. In God’s spectacular fashion that same year a most capable and godly servant, Lisa Schroder, appeared from “thin air” as a Christmas gift to the mission.

Starting in January 2006, Lisa faithfully led the mission through its growing infancy and early development pains, all the while bringing unique talents and an extraordinarily qualified background to the ministry. For seven years Lisa assumed full-time responsibilities for running every facet of the mission which involved oversight of matters spanning both North & South American continents. She hired two part-time assistants. Kelli Hooks was the stateside division while Dr. Rosa Escudero led the Peru division. Lisa worked painstakingly to grow an infrastructure which served team members traveling to Pucallpa with Scalpel in addition to those they minister to. Lisa’s background in engineering, business, and orthopaedics enabled her to meet all of the demands of Scalpel’s humble upstart and subsequent operation.To say the mission is grateful for her heartfelt dedication and sacrifice hardly seems enough.

In 2014, desirous of turning over the reins to focus attention more exclusively on the “financials” of the ministry, Lisa was succeeded by another superstar, one of a kind, Peggy Gasior. Once more, God spoke clearly in hand selecting a dynamic, multi-talented young woman to be at Scalpel’s helm. With her training in medicine, public health, and ministry, Peggy was a natural “goodness of fit” for the job. In 2015, a year and a half in, Peggy’s transition was nearly seamless. Alongside learning the job (which defies description in many respects), Peggy was charged with working out all of the particulars related to sending our first ambassadors (the Porch family) from the U.S. to reside permanently at the Jungle Bunks residence to oversee operations on-site. In the summer of 2015, Dan (a pastor) and wife Laurie (a nurse & educator), along with their youngest of five children, Lyndi, left St. Paul to call Pucallpa their home. The Porches spiritually discipled many of our patients who were followed medically across time. They also networked with many of the ministries in Pucallpa and joined forces in bringing hope and healing in Jesus’ name to those who had not heard the good news of the gospel.

In the Spring of 2017 the Porch family decided it was time to return stateside. After two years of faithful discipleship and patient follow-up, their journey in Pucallpa came to an end. The legacy and mark that the Porch family left in Pucallpa can never be understated. With a need for a full time staff in Peru, Scalpel decided to divest American staff and invest in Peruvian staff. It felt important for Scalpel to partner with local Peruvians and establish deep roots within the community of Pucallpa. As the Porch’s left they trained Isaac Mendoza a local physical therapist with a heart for the Lord. Isaac still assists in tracking patient outcomes but also in ministering in the lives of the patients who receive surgical treatment. Isaac also works as a liaison to Hospital Amazonico and leverages his relationships within the hospital to further strengthen ties between the organization and the local hospital.

Around the same time, Scalpel decided to increase their partnership with local missionaries by hiring Michael and Tiffany Simmons to oversee the maintenance of our campus in Pucallpa. The Simmons continue to faithfully serve by protecting and improving the condition in our “Jungle Bunks”. In addition, they work diligently to prepare the campus for the teams that travel from the United States to Peru and take residence in our property.

Most certainly this chronicle is but an introduction to something even more exciting than what has come to pass. We trust that you may be one to join us in playing a role in this dream!

JOIN OUR MEDICAL TEAM IN PERU